Vishwa Hindi Diwas was celebrated on Tuesday in Indian Embassy, Kathmandu. World Hindi Day is celebrated every year to promote awareness about the language across the world. It is also the day when Hindi, India’s national language, was spoken for the first time in the United Nations General Assembly. It was on this day in 1975 that the first World Hindi Conference was held in Nagpur. Since then, such conferences are organised in different parts of the world every year. 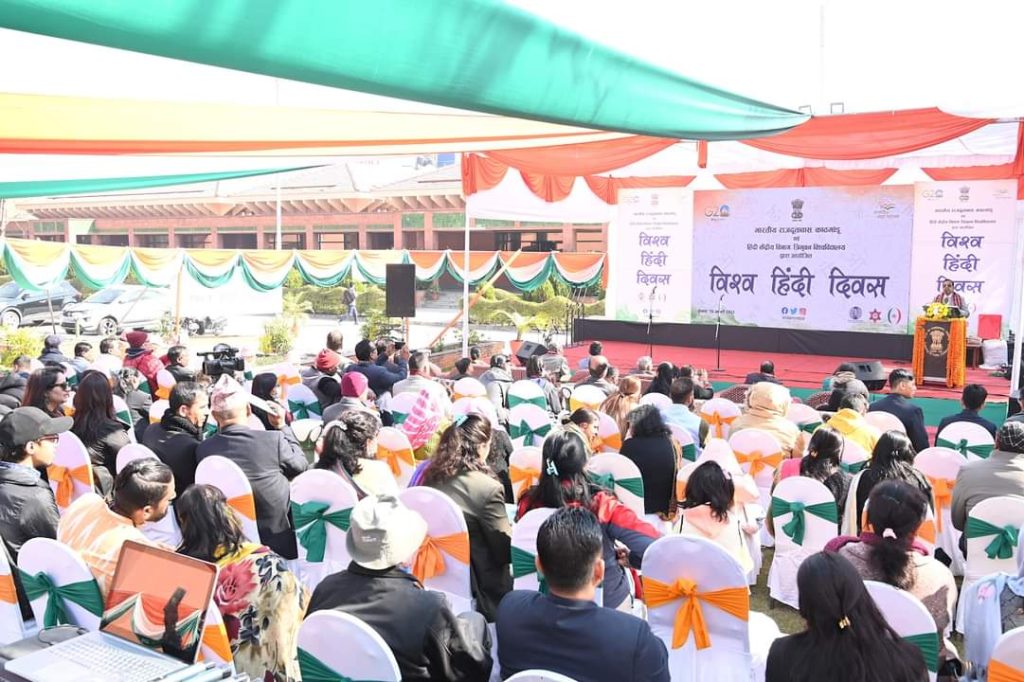 Tribhuvan University of Nepal has the only Hindi Department in the Himalayan Nation. Students and teachers from Tribhuvan University participated in the event to promote Hindi as international language. Indian Embassy has offered Rs. 1lakh worth books to Tribhuvan University on World Hindi Diwas. Deputy Chief of Mission read out the message of Prime Minister of India Shri Narendra Modi for the occasion. He remarked that World Hindi Day reminds us of linguistic heritage and identity of Hindi speakers. He expressed his gratitude to Hindi enthusiasts, scholars and litterateurs of Nepal who have contributed in further strengthening Nepal-India friendship through Hindi. On the occasion of Vishwa Hindi Diwas, there was launch of three Hindi Books sponsored by Indian embassy. The chief guest of the event Parliamentarian Mangal Prasad Gupta member of Hindi Nepal Manch showed determination of Making Hindi as international language and making Hindi as official language in United Nation. In 2009, the Government of India actively worked to have hindi recognized as an official language of the UN. In 2015, then Nepal’s Vice President Parmanand Jha stated his firm support for the inclusion of Hindi as an official language of the UN. Noted poet Ranjana Niraula, Suman Ghimire, Babu Tripathi and other recited poem on the occasion. 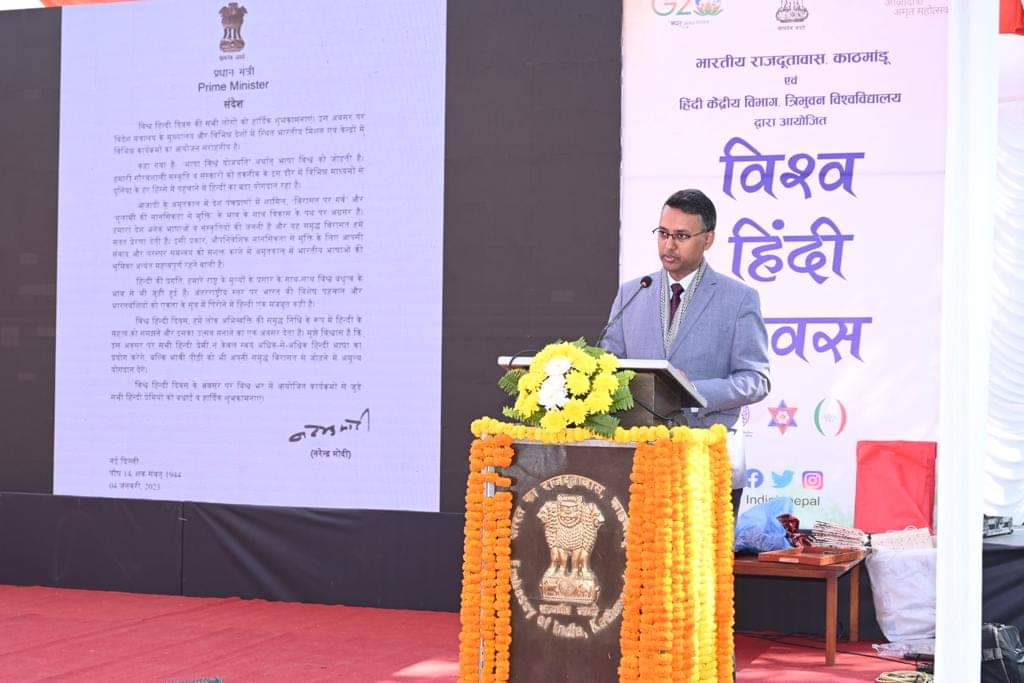 Nepal-India Kavi Sammelan was also organized in the second session of the program in which distinguished poets recited poetry in Hindi, Urdu and Nepali languages and enthralled the audience.

Death toll in earthquakes in Turkiye and Syria crosses 8,700